What Do Fans Owe NFL Players?

When the NFL labor situation came into football fans worldview earlier this year, it is safe to say that most fans were on the player’s side. Why not? It’s our natural inclination to take the side of unions against management in labor disputes. We hate to see big bad corporations stick it to the little guys. We automatically identify with the players because we believe they are us. They are the hard-working guys out on the field who bust their butts every Sunday for the fans. They put their bodies on the line because they love the game, the team they play for and the fans they represent. 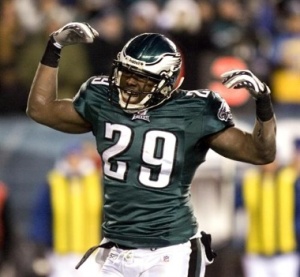 But how true is that anymore? How much do the players care about the fans? The amount of lip service we’ve received from the owners and players about how much they care about the fans in the last month has been disgusting and disingenuous. With each passing day and each new layer of crap dumped on us, I’m getting more and more turned off by both sides, especially the players. I already didn’t trust or necessarily like most of the NFL owners (I’m looking at you, Jerry Jones), but now we are getting a truer glimpse of the NFL player’s priorities. Me first. Fans next, maybe.

Now, is it wrong for players to think of themselves first? Absolutely not. However, it is part of a paradigm shift of the relationship between fans and players that has been occurring over the last 25 years or so. Most fans have been oblivious to it, consciously ignoring it, or in denial. We still think the game and the team means as much to them as it does to us.

The relationship between players and fans is no longer the mystical connection that we remember from our younger days. (If in fact it ever existed.) That realization hit me hard a couple of weeks ago while I was involved in a Twitter debate with one of my top ten all time favorite Eagles, Brian Mitchell. We were discussing the merits of the NFLPA’s idea of asking incoming rookies to boycott the draft, and I sent him a column I wrote that day opposed to that idea. He responded to me with this:

Needless to say I was taken aback. Actually, I was rather hurt. One of my all time favorite Eagles just told me that I don’t give a damn about him or any player except when they were on the field. It truly affected me for days. Then I really began to think about it. Do I really care about the players when they are not on the field? Should I? What do we fans owe the players besides the money we pay for tickets, merchandise and appearance fees?

First, I needed to figure out why the relationship has changed so much over the years. I decided to ask the smartest guy I know about football, Pro Football Hall of Fame writer Ray Didinger:

“The relationship has changed dramatically over the years. Back in the da

y, the players earned a working man’s wage and lived in the same middle class neighborhoods as most of the fans. They were your neighbors, you saw them at the gas station and supermarket, you developed a much stronger personal bond. Now (and it is due mostly to money) the players are much more like entertainers, living behind walls, traveling with body guards and entourages. Also, as free agents, they move from team to team so they don’t put down roots in the community the way players once did so the “fighting for city pride” thing doesn’t really exist nor does the band-of-brothers-like bond among the players exist to the same degree. Is it a negative? I don’t know. It’s just different. Most fans are too young to know the “good old days” so this seems normal to them. They don’t expect to live next-door to DeSean Jackson. Seeing him on TV is enough.”

Of course, Mr. Didinger nails the three biggest keys to the change in the relationship: Money, Free Agency, and no longer living amongst the fans. NFL players are no longer true members of the community, and for lack of a better term, they are paid mercenaries.  I hate using the line that we only root for the laundry these days, but it’s the truth. I bleed Eagles green. I don’t bleed DeSean Jackson and Trent Cole blood (That’s just icky.) I was an Eagles fan long before they got here, and I will be long after they leave. I’ll have great memories of plays those guys made, but I wouldn’t know them if I bumped into them on the street.

Why should we care about NFL players any more than we do our cable guy, bartenders or actors after they are done providing a service for us? They all work hard trying to provide us entertainment, but we don’t think twice about them once they are out of lives. Do we care if the cable guy is not getting a good pension? Or the bartender has no health benefits? Or the movie studios are bringing in billions of dollars but the actor signed a bad deal and isn’t getting paid a fair share? Nope. So why should the current NFL player expect us to care about their compensation situation?

On top of the keys that Mr. Didinger laid out, another disturbing sentiment is starting to permeate from players that really grinds my gears. (Quick question, does anything else permeate beside sentiment?) There’s a growing self-righteousness to the players that fans should worship them. In the labor battle, they expect the fans to line up on their side and agree with whatever they say, no questions asked. The NFLPA and player reps take great offense if anyone has the audacity to question them, as if they are the only ones not happy with their current working conditions. (I wish I was fighting with my boss on how to split a billion dollars.)

But they are also expecting to be able to get away with whatever they want, and then quickly forgiven by the fans. LeSean McCoy bailed on a paid personal appearance recently, and didn’t have the courtesy to call the bar owner to let him know he wasn’t coming until after the scheduled event was supposed to be over. Too bad for the loyal fans who showed up to see him. Vick has had some similar appearance issues recently, but he’s a whole entirely unique situation. Ten percent of the Eagles offensive line has also been arrested in the last week. So which way do you want it players? Do you want us to stay out of your personal lives, or do you want us to care about them? And if your going to apologize for something you did, don’t do it on Twitter. Have the decency to use at least 150 characters.

The lockout is tearing off the scab of quite a few things that the powers that be in the NFL don’t want fans or the media looking at too closely. Unfortunately for them, that’s what happens when all we have to write or read about is amicus briefs and labor board hearings. The damage the lockout will cause to the NFL will not be too bad financially in the long run, but the image that they worked hard to craft of so many things are taking a lot of hits.

In the end, we need to accept that players are no longer the representatives of our communities. They are the paid employees of the teams we love. While they may have a special affinity with their team and teammates that we would never understand for a season or two, we know it won’t last. The teams are ours. They were ours before they got here, and they will be here after they leave. We can root for the players on game day, but it’s getting harder and harder to find a reason to care about the players outside of that with each passing season. The days of Tommy McDonald, Chuck Bednarik and Brian Dawkins are a thing of the past. Make sure you tell your children about them.

A man in search of a mission at the age of 40.
View all posts by Bill →
This entry was posted in Labor, NFL Fans and tagged Brian Dawkins, Brian Mitchell, Eagles, Fans, NFL, NFL Fans, nlfpa, Philadelphia Eagles, Ray Didinger. Bookmark the permalink.

3 Responses to What Do Fans Owe NFL Players?