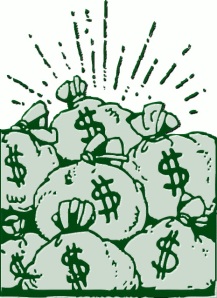 I abhor the NFL pre-season. As I wrote last year, it’s the biggest tease in all of sports. But for the first time in my life, I’m rooting hard for a pre-season this year. It will indicate that this idiotic NFL Lockout is finally over.

All of the news from the labor negotiations recently is about how close they are to a deal, and the new target date for an agreement (which of course, is always next week.) The owners and players are now desperately meeting and trying to get a deal done in order to save the Hall of Fame game. (After wasting March, April, and May calling each other names.)

Are the owners and players trying to save the Hall of Fame game so the seven new Hall of Fame inductees will be properly honored with an exhibition of football? Of course not; it’s all about the money. The concern from both sides in trying to save this game makes it plain as day that money is the main incentive for playing pre-season football.

Reports indicate the nationally televised pre-season NFL games are worth $200 million a week. (Seriously?!?) The Hall of Fame game is the first pre-season game of the year and televised on NBC. Last year it had more viewers than an honest to goodness real game of baseball between the Yankees and Red Sox on ESPN. (Suck it, baseball.) So the Hall of Fame game is a valuable commodity that neither side wants to sacrifice.

Currently, and keep in mind this changes hourly; the latest target date for a deal on a new CBA is July 19th. If a deal is reached on the 19th, it would give the Rams and Bears 19 days to prepare for the game. But that’s assuming camp opens that day, which would be impossible. Most speculate camps will not open for at least a week after a deal is consummated.

So the NFL will give the Rams and Bears 12 days to prepare for their first pre-season game. A pre-season game which I’ve always been told is a tool for preparing teams for the regular season. A tool for coaches to develop and evaluate their rosters. But as Commissioner Goodell has pointed out many, many times; pre-season games are not a tool for making money off of fans for an inferior product. (riiiiiiiiiiiight.)

At this point, I’m so desperate for football, I don’t care anymore what kind of hypocrisy the pre-season is. I just want a deal, and I want it done as soon as possible. Both sides have done an excellent job of beating the other side down, as well as the fans. This Lockout has shown the callousness the players and owners truly have for the fans.

But we fans are big boys. We know it’s a business, and they are all there to make money. We have all come to terms with that in our own ways. They need to just stop treating us like children and acting like everything that the NFL does isn’t for money. And get a damn deal done!

A man in search of a mission at the age of 40.
View all posts by Bill →
This entry was posted in Labor, Uncategorized and tagged Eagles, hypocrisy, NFL, NFL Fans, nfl lockout, Philadelphia Eagles, pre-season, Roger Goodell. Bookmark the permalink.